Over the past year, much of the world’s attention has shifted from the pandemic to other more pressing geopolitical or domestic concerns. But in China, upholding the zero-covid policy remain a key priority.

In late March 2022, the Shanghai municipal government ordered a lockdown of the city, a measure many assumed would be short-lived. However, it would take over two months before the lockdown was lifted, during which time the city struggled with increasing economic and social pressure.

The effects of the lockdown in Shanghai put considerable strain on businesses, with the entire operational chain being affected; From closed loop arrangements and production sites shutting down to an almost complete stop in the distribution of goods (except for some food purchases) and port operations grinding to a halt.

While there have been fewer headline-grabbing lockdowns over the summer, the effect of China’s zero-covid policy has continued to take a toll. China’s economy narrowly avoided contracting in the second quarter, however uncertainty about future lockdowns and a slump in the property market have badly damaged consumer and business confidence.

And Swedish companies in the region have not been immune. To find out how much Swedish companies have been impacted and how they are coping with the continued pandemic headwinds, Business Sweden and the Swedish Chamber of Commerce in China (SwedCham) jointly conducted a flash survey, asking critical questions about their business operations and disruptions. The survey was carried out between 31st August and 6th September with 46 member companies of SwedCham responding.

Survey results show that national containment efforts have continued to strongly disrupt Swedish companies’ operations in the country in the short term and negatively affect their mid- and long-term views of China’s market.

The ongoing pandemic control measures have had an immediate impact on supply and demand. Over 90 per cent of respondents to the survey reported a negative impact on their production and 85 per cent on their supply chains and revenues, respectively. This is in line with the results from our previous survey. While the two surveys are not directly comparable due to the difference in response rate and respondent base, these findings show that pandemic containment efforts continue to negatively impact Swedish companies in China.

By adopting preventative measures, Swedish companies are staying active and agile in countering the negative effects of the government’s approach to the pandemic. In response, 65 per cent of respondents have facilitated work from home arrangements, 33 per cent have increased their safety stock, and 30 per cent have diversified their supplier base. In addition to these here-and-now measures, more than one fifth of companies (22 per cent) are considering shifting work to other countries and more than one in ten (11 per cent) said they are looking to relocate regional functions away from China. These findings are in line with evidence from our April survey.

Travel restrictions most cumbersome for companies

Of the policies and restrictions affecting companies in the medium-term, limitations on international travel are a top concern. Among respondents, entry quarantines (61 per cent), entry restrictions, such as restricted business visas (52 per cent), and flight limitations (54 per cent) are among the most troubling. Relatedly, 77 per cent of respondents said that pandemic control measures have had a negative impact on their foreign staffing efforts.

The restrictions on movement are a concern for many companies with nearly 60 per cent indicating that lockdowns of residential areas are one of their top three concerns and 48 per cent saying that domestic travel restrictions are a concern for their business. It is worth noting that only one in five companies (20 per cent) say that frequent PCR testing requirements is a top concern.

Against the backdrop of China’s tight pandemic management, Swedish companies have started to reexamine their investments in the country. This has resulted in lowered expectations of the market, with 75 per cent of respondents reporting a negative impact on their investment plans; 30 per cent of these described the impact as very negative (4 or 5 on a 1-5 scale). In addition, 80 per cent of respondents say that the recent Covid-19 development and management measures have negatively affected their company's view of the attractiveness of the Chinese market, with 15 per cent describing the impact as severe.

Looking ahead, 64 per cent of respondents expect their business performance in China to worsen over the next two to three years compared to their pre-pandemic performance. Only 16 per cent expect it to improve. 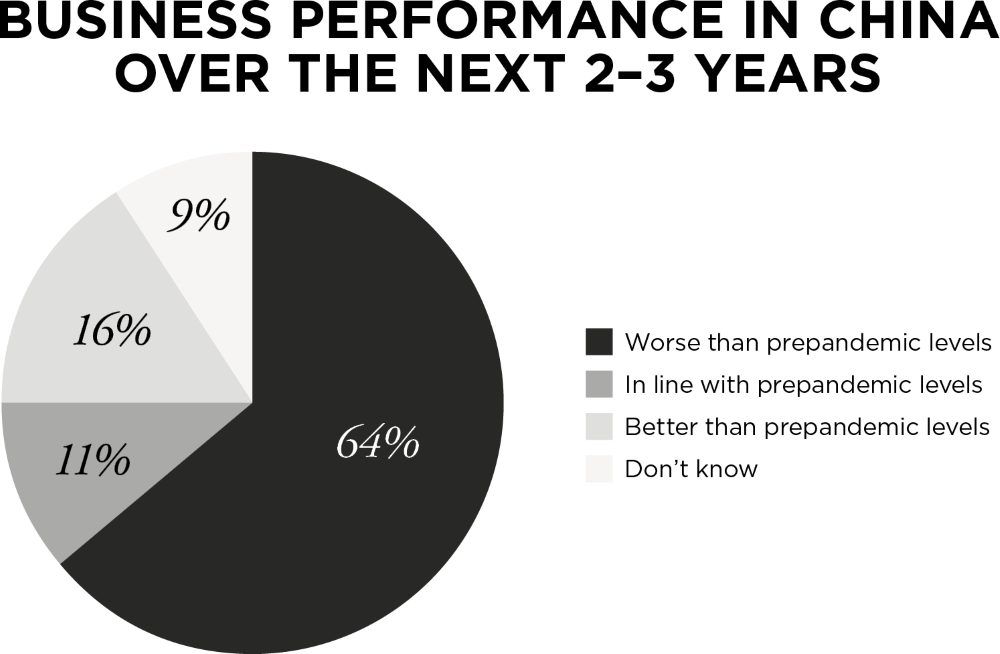 An attractive but uncertain market

It can be challenging to understand the complexities of the Chinese market in the current climate. On the one hand, China’s market size, potential, and growth outlook are all making the country attractive for Swedish companies. While on the other, as exemplified by this survey, uncertainty about when and how China will step away from its strict zero-covid policy is continuing to undermine both consumer demand and business confidence. And it is not only the zero-covid approach that is contributing to the uncertainty in the market; both global and domestic issues are adding layers of ambiguity to China’s medium to long-term outlook.

While the exact strategy for navigating these uncertain times will differ depending on the business nature and value chain configuration of each company, all companies will need to form an active view on their presence and plans in China, and proactively build resilience and increase agility to handle future disruptions. By acting quick, being smart, and staying agile, Swedish companies will improve their chances of continued success in the market. 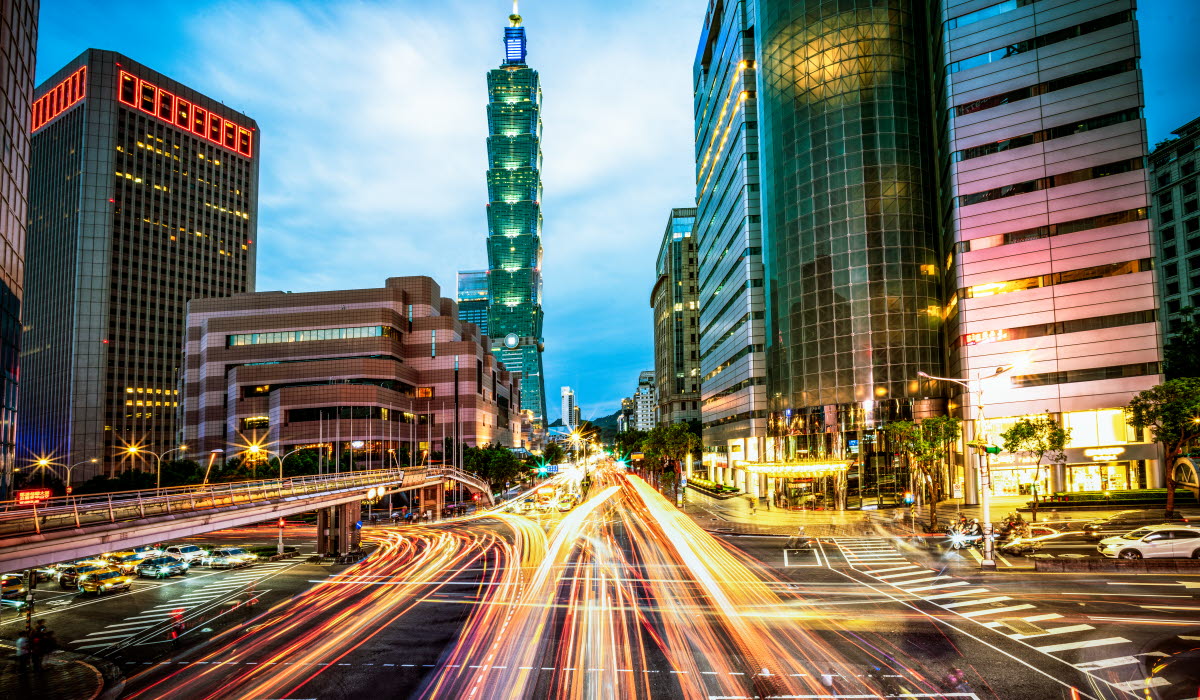 The APAC digital imperative: a wave of growth companies