Queen of the waves: Inna Braverman 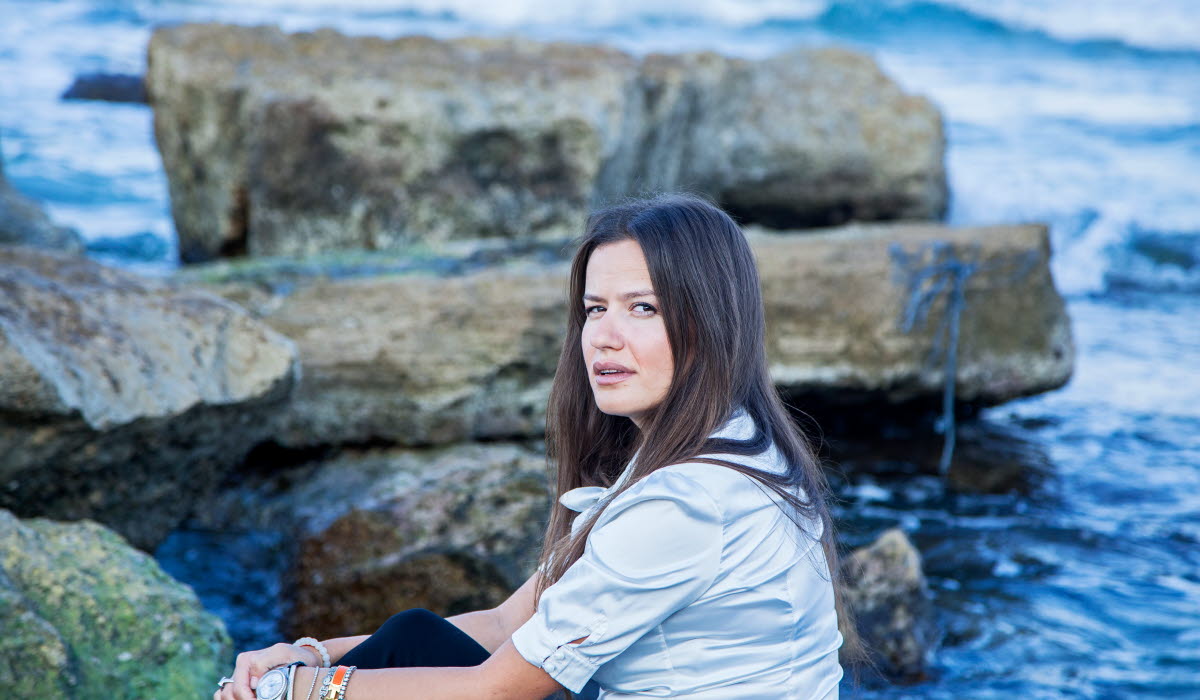 Few entrepreneurs have a life story as remarkable as Inna Braverman’s. At just 24 years of age and with no engineering experience, she launched a smart, low-cost technology that harnesses the power of ocean waves and turns it into clean electricity.

That, in itself, is impressive. But no less extraordinary is the profound experience of her early childhood which became the catalyst for wanting to change the world.

Born in rural Ukraine, in the small town of Tjerkasy, Braverman was two weeks old when she was exposed to life-threatening particles following the Chernobyl nuclear disaster in 1986, as the shocking explosion of Reactor 4 sent a radiation cloud into Europe’s skies.

“My mother found me lifeless in my crib and I was clinically dead. Thankfully she was a nurse and managed to resuscitate me. I was given a second chance in life,” Braverman recounts while visiting Stockholm, where she recently set up an office.

Since co-founding the wave energy start-up Eco Wave Power in 2011 together with David Leb, her business partner, Braverman’s innovation has gained worldwide recognition. Earlier this year she was featured on MSN’s prestigious list of the “30 most influential women of the 21st century” alongside Michelle Obama and Oprah Winfrey.

And things are moving fast. On July 18, Eco Wave Power will make its IPO debut on the Nasdaq First North exchange – a growth platform for hundreds of tech start-ups – while Braverman eyes Sweden for the company’s next growth phase.

“I fell in love with Sweden at first sight as the clean tech sector here is booming. Sweden is one of the countries in the world doing the most to address climate change and there is a long tradition of sustainable thinking,” she says.

Sweden is a perfect stepping stone for reaching the U.S Nasdaq and expanding to other European countries. Inna Braverman, Co-Founder, Eco Wave Power

FROM TEL AVIV TO GIBRALTAR

Braverman and her family emigrated to Israel when she was four years old and she studied political science and English literature at Haifa University.

It was while working as a translator in Tel Aviv, at a renewable energy company, that she got passionate about the idea of exploring the untapped potential of wave power.

“I grew up by the beach in Israel watching the ocean. When I met David, he had just invested in and renovated a surf hotel in Panama. As it turned out we were both passionate about wave energy and about eliminating the problems hindering the commercialization of wave energy,” she explains.

With power stations up and running in the port of Jaffa in Israel and Gibraltar, Inna Braverman has since demonstrated how Eco Wave Power’s system unlocks a step-change in the wave energy sector.

Instead of installing off-shore wave energy stations several kilometres out at sea, the company mounts floaters and generators on man-made coastal structures such as piers, breakwaters and jetties.

“We fix everything on existing marine structures. This way we can avoid the huge costs associated with power transmission, which is one of the areas where off-shore systems have failed in the past.”

As much as two thirds of the world’s population live along coastlines and, according to the World Energy Council, ocean waves can deliver double the amount of electricity needed on the planet today.

The Eco Wave Power team is now plotting the future with several projects in the pipeline totaling 190 MW. These include a 4.8 MW project in Mexico and a considerably larger, 50 MW station in China, as well as projects in Scotland, Portugal, Italy and the UK.

Braverman’s vision for the future is neatly paired with a convincing argument for why wave energy is the next big thing.

“Wave energy will be as cost efficient as solar and in suitable location can be available 24/7. The density of water is a thousand times greater than air, so our installations take up much smaller spaces,” she points out.

In many ways, Gibraltar became the showcase for Eco Wave Power’s pioneering concept. Launched in 2016, it was Europe’s first grid-connected wave power array, operating under a PPA (Purchase Power Agreement) that will meet 15 per cent of Gibraltar’s installed electrical capacity, when expanded to 5 MW.

In addition, the wave power station is fully insurable and environmentally friendly.

“Unlike off-shore installations, we don’t put cables on the ocean floor which disrupts marine life. The floaters are tailor-made and have a storm protection mechanism. When the waves are too high, the floaters automatically rise and lock in an upward position.”

“The technology is actually quite simple. All we need is more floaters and bigger conversion units.”

To achieve this move, however, Braverman needs to build better testing capabilities and reinforce the team with hydraulic and electrical engineers as well as software and automation experts.

All of which, coupled with a favourable landscape for female entrepreneurship, has attracted her to Sweden’s shores.

“Sweden is very advanced in renewable energy and engineering. Awareness and acceptance for clean energy are both high, and there is an existing regulatory framework.

“Sweden is a perfect stepping stone for us in terms of also reaching the U.S Nasdaq in the future and expanding to other European countries. We are looking forward to expanding our operations here,” she concludes.