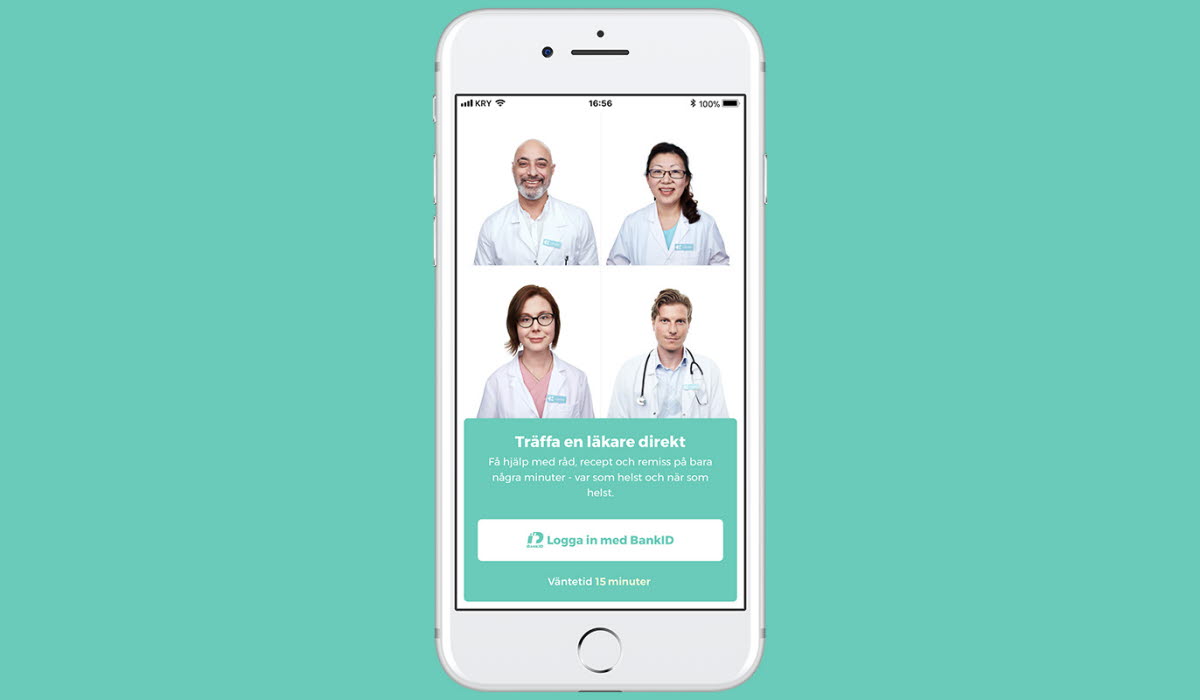 Medical apps and digital services in Sweden are going mainstream. Can the nation lead the reinvention of the healthcare wheel?

Want to check ovulation schedules to plan pregnancy, monitor your heart signal with AI to track health, meet a doctor or analyse your physical posture using 3D scanning? In Sweden, it’s all possible with a few taps on your smartphone. The idea of fast access and avoiding the hassle of visiting a clinic, whenever possible, appeals to many. And the phenomenon is surging ahead.

WHY SWEDEN IS A FORCE IN HEALTH TECH

As Sweden is the most connected country in the world with a digital-savvy population, you’d think perhaps that health tech investors would be betting big on local entrepreneurs. Newsflash: they already are!

In the first half of 2017, health tech attracted 10 per cent of all Swedish tech venture capital investments. KRY and Min Doktor, two leading health consultation apps founded in Sweden, have successfully raised $27 million and $25.7 million each from domestic and international VC’s this year. But it doesn’t end there.

Natural Cycle, a Stockholm based digital contraceptive and reproductive health company, secured $30 million in series B funding in November 2017.

So, what explains this hive of activity in health tech? Why are all these concepts springing out from Sweden – and why are they ripe for investment? Far from being on the periphery in Europe, Sweden is set to become a hotbed for digital innovation in healthcare. While the first unicorn (billion dollar valuation) has yet to see the light of day, recent events might just be the Nordic curtain-raiser.

The artificial kidney, the respirator, the implantable pacemaker and the gamma knife. Sweden boasts some of the most important healthcare inventions of the 20th century. Today, connectivity and global thinking are laying a new foundation for success.

With the highest internet and computer usage per capita in the world and a fibre optic grid that practically reaches the whole country, it is not surprising that Sweden became home to superstar firms like Skype, Klarna and Spotify. The growth of cross-disciplinary collaboration and better access to funding are now underpinning a bustling startup scene.

KRY is one of Sweden’s fastest growing services for doctor appointments online and via mobile apps. Together with competing telemedicine companies like Min Doktor and Doktor 24, it is changing the face of the country’s primary care. According to Johannes Schildt, CEO at KRY, finding talent is now easier than ever in the wake of Sweden’s frontrunners in tech.

“With companies like Spotify and King, there are now big groups of people who are trained and well-equipped to achieve great things. But Sweden is a small market so you need to plan for expansion. That’s why so many companies have a global vision from day one. Our ambition has always been to be the biggest player in Europe,” says Schildt.

For tech companies, the availability of skilled talent makes all the difference. While Sweden has an excellent pool of developers and advisors who know how to build successful products, the idea that global thinking is in the genes of entrepreneurs is widely echoed by Sweden’s health tech founders.

Sweden is a country of engineers who think outside the box and who come up with things that are practically useful. Glenn Bilby, CEO Qinematic

Among them is Glenn Bilby, an Australian health and wellness entrepreneur and physiotherapist living in Stockholm. His company Qinematic was founded in 2012 with the goal of building software for 3D analysis of human posture, balance and movement. The platform is used today at gyms, clinics, workplaces and retail outlets that provide wellness services.

“Swedes love to build stuff. It’s a country of engineers who think outside the box and who come up with things that are practically useful,” says Bilby. “Also, consumers are generally early adopters. While there are barriers to be overcome in the traditional healthcare system, which is still conservative, I’m convinced that Sweden is going to produce some amazing digital health talent.”

One of the pain points that need addressing, says Bilby, concerns data regulation. For more than a century, Sweden has benefited immensely from having a national patient registry. As healthcare is divided into 21 county councils with a large degree of autonomy, accessing patients and customers nationwide can be challenging. However, this is expected to change as the system is adapted to the growing popularity of consumer-driven digital services.

Though Sweden has a relatively small domestic market it is strong in export and, more importantly, is an IT innovation powerhouse. In 2015, Sweden was ranked third among 143 countries in the Networked Readiness Index published in the World Economic Forum’s Global Technology Report. This means that investors and entrepreneurs can find a well-informed public willing to engage in new healthcare processes with an open attitude toward innovation.

“Sweden is an IT-savvy society. It’s very easy to promote smartphone-based healthcare services because we already do so many things with our phones anyway, so it’s natural to us,” says Paul Beatus, founder of H2 Health Hub, a Stockholm-based innovation forum for health tech.

H2 Health Hub was set up two years ago to create a permanent meeting place for health tech startups. The initiative facilitates exchange of ideas, and not just among entrepreneurs.

“We recently hosted 25 people from Pfizer who gave a talk on stage and pitched their ideas about the new business models required to integrate health tech into the Swedish healthcare system.”

According to Beatus, the value of Sweden’s high concentration of skilled IT personnel and a digitally empowered society far outweighs the challenges of rules and regulations, which often apply to Europe as a whole. Sweden, he says, is the perfect test market for new health tech concepts that focus on everything from preventing disease to primary care and rehabilitation.

“A lot of people seem prepared to pay for services that are not provided by the public healthcare system, which everyone contributes to. That’s interesting I think.”

“There’s a lot of political will and discussions taking place right now,” he adds. “Our healthcare system is facing challenges that technology can help solve.”

Organic growth defines the trajectory of health tech in Sweden, much thanks to bold entrepreneurs. When telemedicine first emerged on the scene, it relied on little else than an existing e-prescription service and the functionality of smartphones.

Today, KRY has 200 affiliated doctors and specialists who speak 20 languages and cater to a rapidly growing number of Swedish patients. Moreover, the country is firmly committed. In 2016, the Swedish government announced a vision for transforming Sweden into the world’s “health tech leader by 2025.” This national guidance strategy is based on supporting initiatives, public and private, and improving conditions for entrepreneurship.

The catalyst for the strategy was not just the rapid development of technology. An ageing population, the increase of chronic diseases such as Alzheimer’s, diabetes and cancer all present major challenges in light of financial and resource constraints in public healthcare, which in Sweden is provided to all citizens.

The market for health tech in Sweden is ready. Fredrik Lindqvist, Business Development Manager at Invest in Skåne

As such, health tech solutions are expected to play an essential role. What used to be specialist and in-patient care twenty years ago is to a large extent handled by primary care today. In the same way, it might be expected that much of today’s primary care activities will shift towards home- and self-treatment.

What are the prospects for achieving the 2025 target? Few people are better equipped to answer that question than Fredrik Lindqvist, Business Development Manager at Invest in Skåne. Lindqvist is an active representative of Health Tech Nordic, an EU-funded community that connects more than 100 Nordic health tech startups to competence, markets, partners and investors while positioning Sweden and the Nordics as a health tech hotspot.

"The market in Sweden is ready in terms of end consumers. Startups need to move fast, and in just a couple of years I think the healthcare
system will have an open IT infrastructure that is synchronised and allows for plug-and-play of digital services. We are seeing movement but all parts of the health care ecosystem needs to be up and running," he says.

Sweden’s healthy mix of large and small companies engaged in the health tech field now looks promising. For example, Sweden’s IT and telecom giant Telia has recently moved into the health tech space and global companies such as Getinge Group and Elekta are increasingly focused on individualised care solutions in homes.

Collaboration through workshops and partnerships, says Lindqvist, will be key to success.

"When Abbvie and Bristol Myers-Squibb together with Microsoft and medical researchers from Uppsala took part in a 52-hour healthcare innovation race for cancer treatments, most of the ideas they came up with were digital health concepts."

In contrast to pharmaceuticals and biotech, health tech companies are generally not capitalintensive. That said, without sufficient funding strong ideas will not be tested and companies will not reach their full global potential.

Investors are now pouring into the digital health sector. I think they’ve realised that Sweden is a reliable and attractive test market for health tech concepts that have real global potential. Paul Beatus, Founder of H2 Health Hub

Recently, the Nordics and Stockholm in particular have been among the most active IPO markets in the world – and by far the most active in Europe. The Nasdaq First North list in Stockholm is seen by many startup companies as an attractive vehicle for raising funds and as a great opportunity for exit or expansion. The backers of companies like Spotify and Klarna are now showing keen interest.

“Three or four years ago it was difficult to attract capital as this was considered a tricky and heavily regulated field. But things have changed dramatically. Investors are now pouring into the digital health sector. I think they’ve realised that Sweden is a reliable and attractive test market for health tech concepts that have real global potential,” he concludes.

By all accounts, Sweden is in a favourable position for leading the health tech charge. The digital infrastructure is largely in place and the fintech sector, which aims to make Sweden a cashless society, has paved the way for a leap forward.

With a talented pack of entrepreneurs and startups, and more funding projects underway involving domestic and foreign capital, health tech companies are on a steady path to establishing a large footprint – possibly extending far beyond Sweden’s borders. 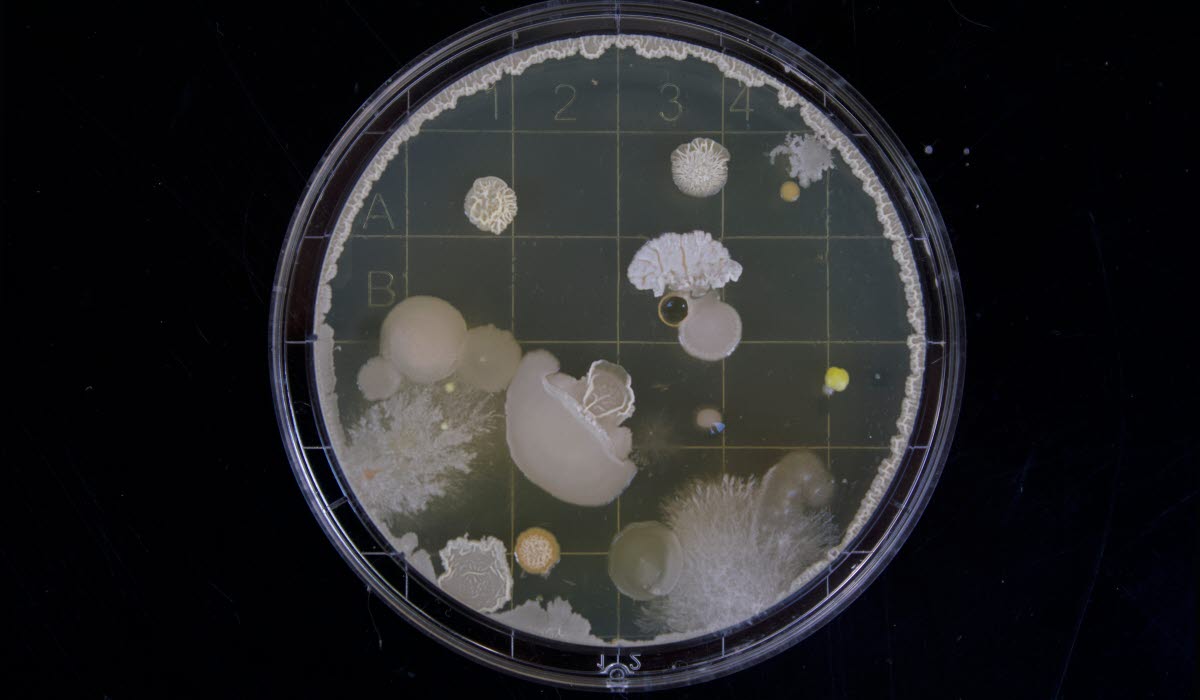