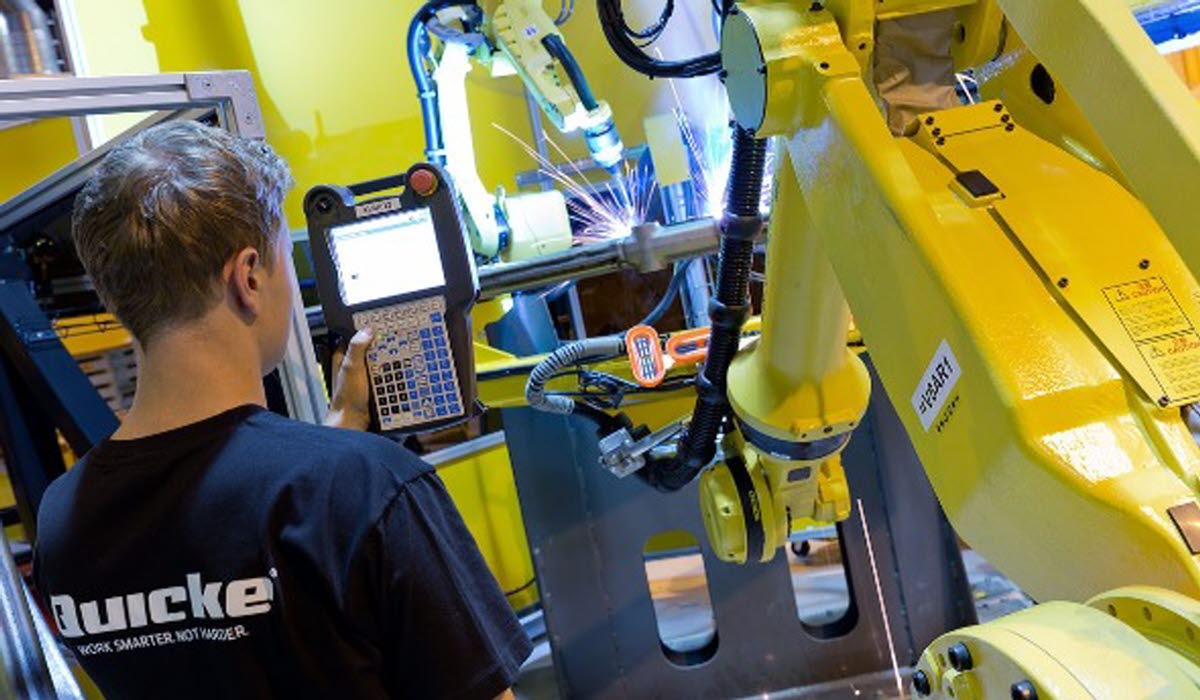 A unique manufacturing system based on advanced robotics is the latest development in a long-term investment in Sweden by Ålö, one of the world's leading manufacturers of agricultural machinery.

Farming equipment specialist Ålö of Umeå in northern Sweden is stepping up its manufacturing capability to meet global demand for a new generation of top-quality, front loaders.

The company, which has manufacturing facilities in four countries and worldwide sales, has chosen to upgrade its Umeå plant for its innovative new product line of Quicke series front-end loaders.

Leif Thorwaldsson, President & CEO, says, “This is a very big and important project for us in Sweden. Our new digitalised front loader involves a completely new concept and therefore requires state-of-the-art welding technology.”

Ålö’s modernisation programme involves an investment of more than EUR 15 million, of which the robotics system alone accounts for some EUR 5 million.

It consists of 24 welding robots supplied by the Japanese manufacturer Fanuc through its local Swedish agent Robot Center Norr in Umeå. The result, says Thorwaldsson, is the most advanced robotics installation in Sweden outside of the automotive industry, and the most automated welding line in the farming equipment industry.

He explains: “The structure of the new front loader meant we needed a reliable solution for each cell in the production line that incorporated the latest welding techniques, as well as visual technology for quality control, automated loading and automated assembly of the components, all in one continuous assembly system. And we wanted a system that could also offer flexibility as well as large volume production.”

With an industrial heritage in Sweden that dates back 70 years, Ålö now produces more than 35,000 front loaders and 42,000 implements per year, and approximately 90 per cent of its production is exported. Besides the Umeå plant, it also has factories in China, France and the USA.

When it came to the modernisation of the Umeå plant, Thorwaldsson points out that local access to skilled and experienced suppliers such as Robot Center Norr (RCN) was a major factor.

“Sweden is a forerunner when it comes to engineering, industrial automation and now digitalisation so that’s made it a lot easier for us to find sub-suppliers here with the kind of experience and competence we need,” he says.

In addition, this close proximity to the kind of expertise Ålö required has made it easier for the company to train its employees to operate and manage the new system.

With digitalisation growing rapidly across the globe, new innovations place high demands on manufacturers such as Ålö to make the transition. Its new front loader is a typical example, offering digital functions such as payload weighing, status display and workflow reminders, all controlled from a platform screen in the operator’s cabin and by Ålö’s new control system called Q-Companion.

“These are the kind of solutions that our customers who are adopting so-called smart farming appreciate,” says Thorwaldsson. “Just the fact that a loader can weigh its own load will increase productivity tremendously as it eliminates a whole operation. At the same time, the built-in sensors and data collection possibilities open up new opportunities for future development.”

Ålö’s first step into the digital world is also expected to have a profound effect on the company’s future. Says Thorwaldsson: “With the digitalisation of farming, we expect the demand for smart equipment to just keep growing, and as market leader we aim to drive and lead this development."

“With customers in more than 50 countries, sales companies in 11 and manufacturing in four, we are more than equipped to do that by providing local needs for services and products on a global scale.”

Thorwaldsson adds that in recent years, the company has seen substantial growth in North America and now sees new opportunities for increased growth in Europe.

Ålö’s decision to invest in its Swedish operation was based on a combination of factors, not least Sweden’s position as a competence centre for industrial automation. According to the International Federation of Robotics (IFR) Sweden has the world’s fifth largest installation of industrial robots per 10,000 employees and is therefore a global benchmark in the development of automated production lines.

It addition, the country has a long history of engineering and a traditionally well-trained, highly skilled workforce, traits that characterise the country’s many manufacturers now utilizing world class welding technology.

These advantages, coupled with easy access to a high level of technical expertise and competent sub-suppliers, are helping to put Ålö in the forefront of the global drive for digitalised farming. 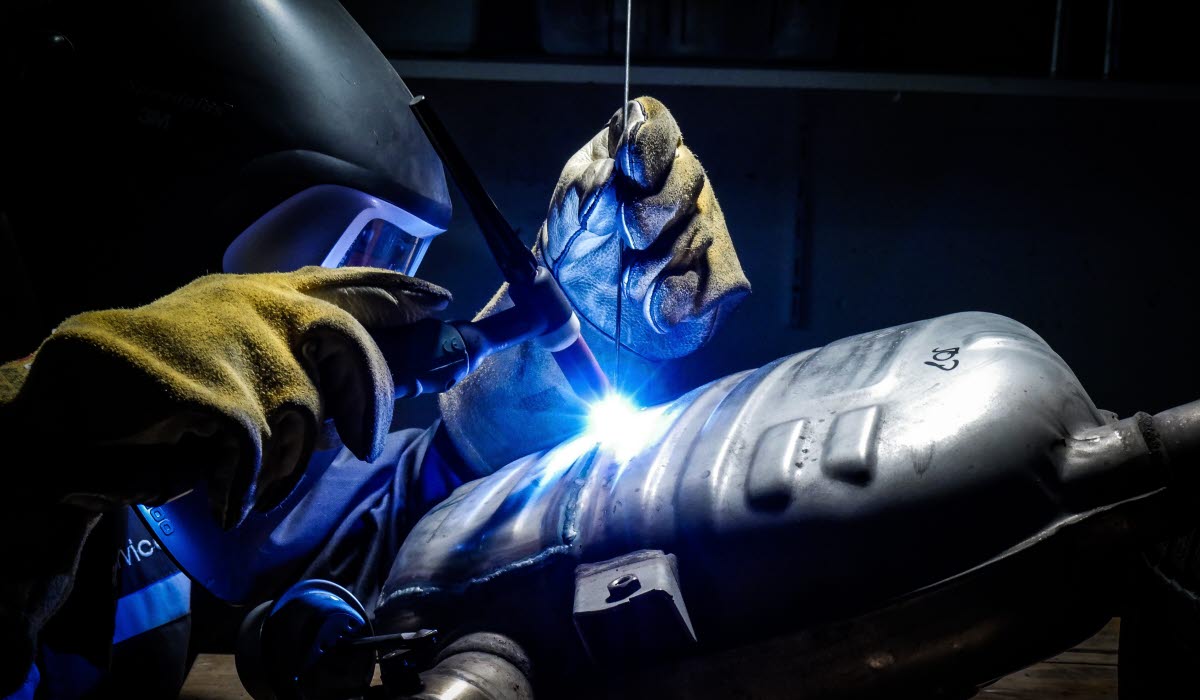